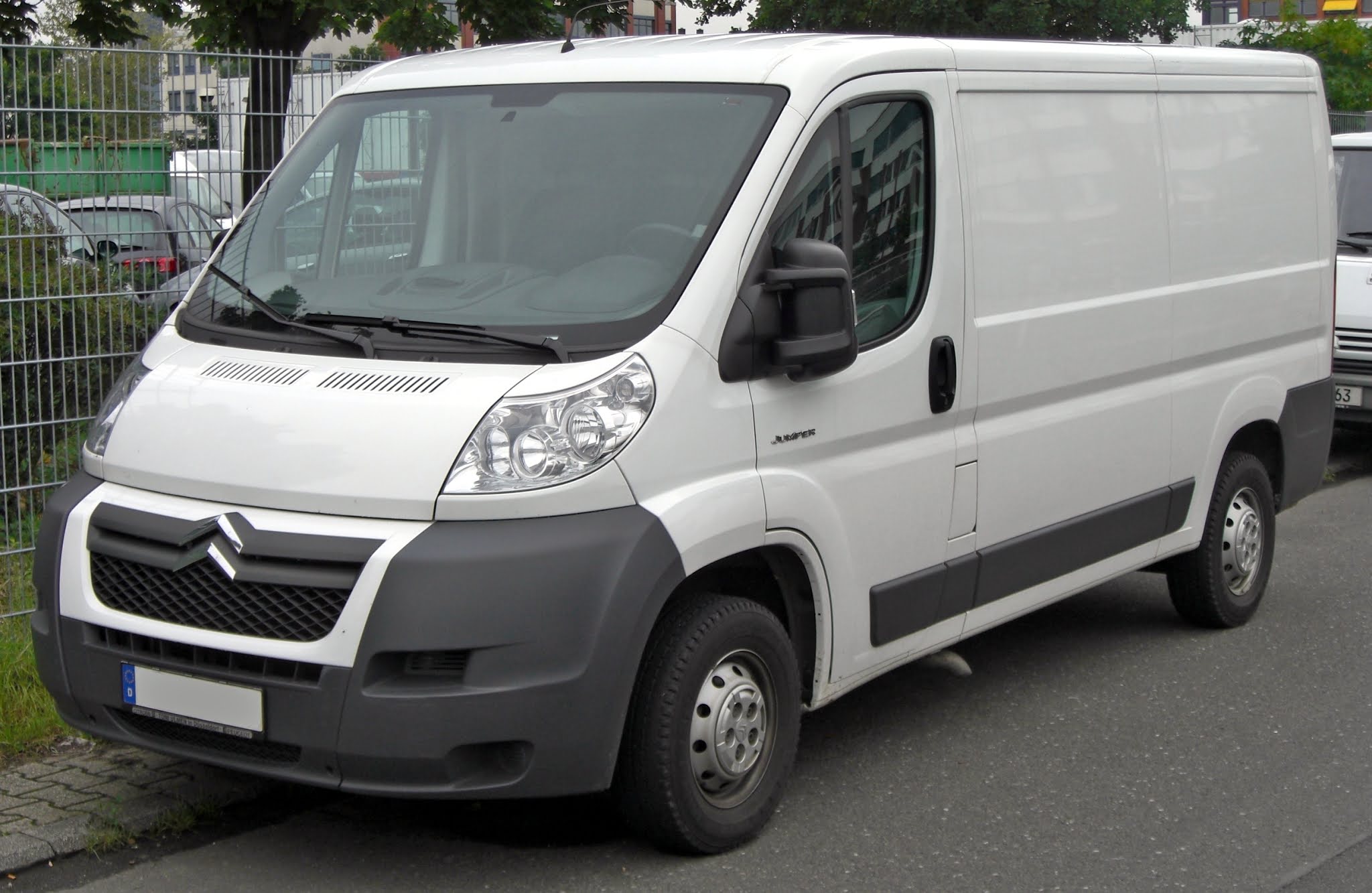 The model of the Jumper as a panel van / flatbed / chassis, which is mainly bought by commercial customers as a commercial vehicle and offers plenty of storage space. In different length variants Citroen offers the right size for every need.
The Citroën Jumper is a small van that has been built under this name since 1994. The Jumper is based on a cooperation between the PSA Group (Citroën, DS, Peugeot and Opel) and Fiat and is identical in construction to the Fiat Ducato and Peugeot Boxer models.
The 2.0-liter turbodiesel engine available for the Jumper and Jumper station wagon is offered in three power levels with 110 hp, 130 hp and 163 hp, each with a 6-speed manual transmission. Citroën quotes a one-third mix of around 6.0 liters for these three engine options. However, this is probably more of a theoretical value. In fact, consumption is probably two to three liters higher, depending on the engine. For a vehicle with an unladen weight of more than 2.0 tons, a gross vehicle weight of up to 3.3 tons and a towing capacity (braked) of up to 2.5 tons, this would still be a very respectable figure. Finally, as an estate car, the Jumper not only offers ample space for nine people (in the "Shine" equipment line, individual seats are even available in seat rows two and three), but also has a luggage compartment volume of up to 3,400 liters. With a full occupant, there is still a generous 1,710 liters.
three engine options with 110 hp, 130 hp and 163 hp
for up to nine people, then with a trunk capacity of 1,710 liters 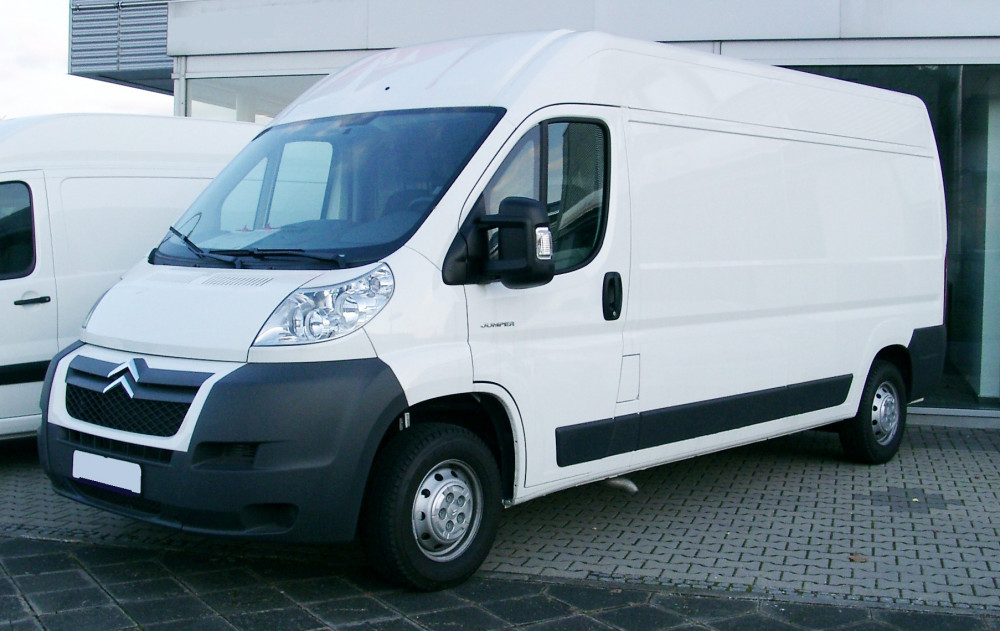 History Jumper
Although the Citroën Jumper has only been officially available since 1994, it had already rolled off the production line before that under the name Citroën C25. In 1978, the French manufacturers Citroën and Peugeot joined forces with the Italian manufacturer Fiat and founded the "European Company for Light Commercial Vehicles" (in short: "Sevel Sud"). The two companies each hold a 50 percent stake, and the largest plant for the production of light commercial vehicles in Europe was built in Atessa, Italy - with around 6,400 employees and 1.2 square kilometers of factory premises. One vehicle to emerge from this cooperation is the Fiat Ducato van, which was released in 1982 and launched on the market in parallel as the Peugeot J5, the Talbot Express and the C25. The biggest difference between the almost identical models was the different engines. This first generation was produced in the common factory building until 1990. From 1985 to 1989, the vehicle also appeared under the name Alfa Romeo AR6.
Introduction Jumper
Even the first generation offers a wide range of body variants. For example, the C25 is particularly suitable for motorhome bodywork, as it can be used as a chassis with a single cab, as a powerhead only (without bodywork, for integrated motorhomes), and as a chassis with an additional cockpit and open front panel to the rear (for semi-integrated and alcove models). As a smaller version with a shorter wheelbase, Fiat marketed the Fiat 900 in parallel, which was replaced by the Fiat Talento in 1989 and rolled off the production line under the name Fiat Scudo from 1996. In March 1994, the Fiat Ducato entered its second round and the French sister models changed their names. The C25 was now called the Citroën Jumper and the J5 was given the Peugeot Boxer designation. There was no longer an Alfa Romeo or Talbot version. The new generation was named Van of the Year in 1994 and was produced until 2006. 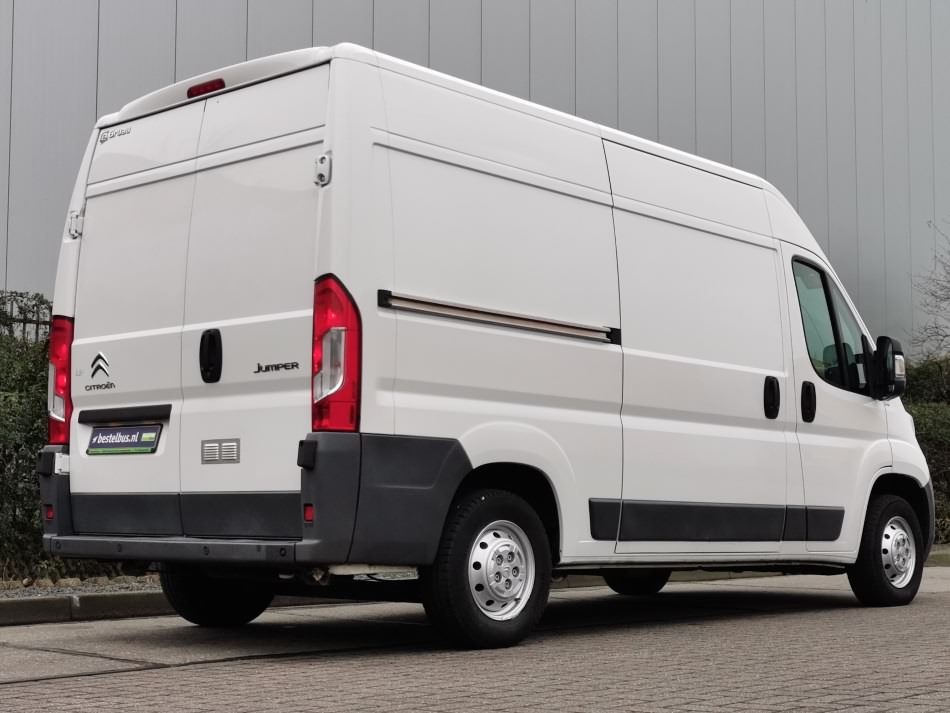